When Mary McNamara purchased Cornell Roofing & Sheet Metal in 2007, little did she know the recession of 2008 was right around the corner. However, under McNamara’s leadership, and with her small team of industry professionals all working together, Cornell weathered that storm.

The trials and obstacles they faced, not only as a small business but as a Certified WBE/DBE, meant they had more to prove than most. “When we bought Cornell, we established Four Key Principles: Integrity; Dependability; Quality; and Responsibility.” Mary added, “ These principles, along with the best commercial roofing and sheet metal team in the region, have been the bedrock of Cornell Roofing & Sheet Metal’s Success.”

Since purchasing Cornell Roofing & Sheet Metal in 2007, Mary is proud to announce they  passed 1,000 jobs in 2019! This continual growth also led to Cornell being named the third largest roofing company in the KC Region. In addition Cornell was named the 23rd largest Woman-owned business in the region. This according to Ingram’s Magazine’s Annual Book of Lists¹.

Cornell has always had a tradition of giving back. Since 2007, 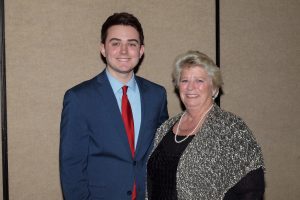 Cornell has provided support for a wide range of industry and community-related events. Just recently, this support moved to a new level as Cornell made a $25,000 donation to the The Builders’ Association Scholarship Foundation. Cornell’s recipient was Ethan Wegner.

In all,there were many sponsors and many recipients. The Construction Trades understands that workers will continue to be a 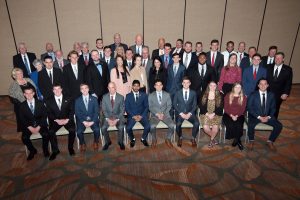 key to success and growth. That’s why The Builders’ Association began the Scholarship Foundation.

The complete group of sponsors and recipients speaks volumes to the efforts being made to introduce more and more young people to what a great career path the construction trades are.